It needs to be able to hold up to the wear and tear of dozens of athletes EVERY day. They need to also look great for recruiting purposes. Finally, they need to be 1000% safe.

A squat rack in your garage only needs to be able to function for what you specifically need it to do. For me, I needed a Squat Rack that allowed me to, well, squat. That’s it. I just needed the ability to suspend a bar in the air, load it and then squat it.

Before I built my rack, though, I went rack shopping online. I knew I didn’t need the $2000+ rack that I was used to pricing out. I needed super simple and super basic. How cheaply could I pick up something to fit what I needed. The answer ended up being close to $300 not including shipping. That still was more than I was really wanting to spend and so I decided to build my own.

Update: Not everything with my build went all sunshine and rainbows. One year later, here are three things that I would do differently if I were to build this rack again.

Everything combined cost me less than $60. Here was the materials I used:

I could have probably titled this post, ‘Build a DIY Squat Rack For Under $50’, because I only used 6 of the 3 inch nails and have over a hundred leftover. But, that would have felt a little deceptive and click-baity to me, so I left it at $60. Regardless, this is going to be a super cost-effective squat rack.

The last thing I want to say before I get into all the details of how I built my squat rack, I want to make this perfectly clear. I am not a carpenter or professional builder of any kind. I am a strength coach who is building a DIY Squat Rack. Build this or anything similar to this at your own risk.

How To Build a DIY Squat Stand

Figure out where you want your squat stand to go. For me, I wanted to use the wall in the far side of garage from the door. This way I would still be able to pull my car in when and if I ever needed to. Next I located where the studs were in the wall. I wanted to anchor two 2x8s on the wall and attach everything else to them.

When you’re deciding where you’re going to place everything, always keep the bar in mind. If you end up in a corner like I am, make sure to leave enough room not just for the bar, but to be able to take weight on and off the bar as well. When you’re deciding where the top of your rack is going to be (the horizontal beams), think about where you grip the bar and where the bar ends and the cap begins.

Get any of these widths wrong and you’re in trouble.

Measure everything 3 times if need be. I basically made a complete diagram on my wall where everything was going to go. I can’t emphasize this part enough.

Finally, just an interesting note I noticed when I was locating my studs. I have a large closet on the far end of my garage that is behind the wall where I set up my rack. It is a couple steps up from the garage floor itself. Apparently, the studs in that wall only go down to the floor of the closet and not the garage floor itself.

I’m really glad I double checked the studs for my bottom 2×8. If I hadn’t, I would have anchored into just drywall. Not sure if that is helpful for anyone else, but wanted to share.

Step 2 – Get Your Materials

Check out the table above for a detailed list of everything I used. Here is why I chose what I chose. I went with the 2x8s because I wanted something that I could anchor to the wall with enough surface area to easily anchor my 4x4s to.

I chose the 4x4s because I felt like 4x4s would be strong and sturdy enough to be able to handle and support a barbell and a decent amount of weight (not as much weight as there used to be, but I digress).

I purchased everything online and then did a curbside pickup. The brackets I got are probably smaller than I would have bought if I had seen them first. I was trying to weight cost and the next size bigger I could find was significantly more expensive. I figured I could double these up if need be and still come out cheaper which is exactly what I ended up doing.

I’m satisfied with how it turned out, but if I would have changed any of the materials I got, it would be the brackets.

I ended up buying one 2x8x10 and then sawed it in half to get two 5 foot boards. By the way, I sawed everything with a $10 hand saw. If you don’t have a power saw, don’t worry, I don’t either and you really don’t need one for this.

Next, (I’m really ticked at myself for not having a pic of this) I leaned the two 4x4x6s against the wall to line up and hold the 2×8 in place for me to drill into the wall. Use a leveler to make sure it’s straight and screw it into the studs that you already marked off.

Next, measure and cut one of the 4x4x10. The length should be whatever your finished final height is minus 4″ to take into account the horizontal 4×4 that is going to sit on top of the vertical beam. You should now have two 4x4s that are roughly 5 feet long depending on your height. Use your brackets to anchor the beams to both the lower and upper 2x8s.

Go ahead and cut your front two vertical beams to the same height as the ones you just anchored to the wall.

Measure and cut your horizontal beams. For me I wanted enough room from the wall so I wouldn’t be running the risk of putting plates through the wall, but I didn’t want too much room for a few reasons. First, the longer the horizontal beam the higher the stress is on weight laying in the middle of that beam.

The more compact everything is the more sturdy it’s going to be in general. Finally, and this was a personal preference for me, I still wanted to leave enough room that I could still pull my car into the garage when and if I wanted to.

I cut my horizontal beams to be 3 feet long. After using my rack for a few weeks I think I could have even gone a little shorter. Two and half feet may have been ideal, but I’m good with the how the 3 feet boards turned out.

The next couple steps can be done in any order. I ended up attaching the horizontal beams to the front vertical beams and then set the pair in place on top of the vertical beam on the wall.

Finish by putting brackets from your horizontal beam to both the wall and the back vertical beams.

I’ve now been using my rack for a few weeks and it’s doing great. I’m not asking it to do much. Simply hold weight up in the air between sets of squats, jerks and presses. That’s pretty much it.

I also want to reiterate the fact that I use my rack just for myself. Just me. Someone who has been lifting since they were 12 years old. I don’t have inexperienced lifters using my rack, I don’t have kids on or around my rack. Not saying that this makes my rack any more safe, but I know that I’m not going to be reckless when using it.

Let me answer the question that I know I’m going to get the most.

What If I Want to Bench?

Good luck to ya. Just kidding, kind of. At this point in my lifting career I primarily Olympic Lift so I’m not worried at all about needing to Bench. If you do want to use your rack to bench I would suggest buying a wall-mounted rack from Rogue or Titan.

The reason I say that is this – the idea of trusting a DIY Rack when I’m sitting down a set of squats as I’m standing upright is wayyyyyy different than sitting a bar down on a set of hooks hovering up above my face.

I couldn’t be happier about my decision to make my own rack. From a functionality standpoint it’s been exactly what I was wanting. It saved me a few bucks that I ended up being able to put towards a really good bar and set of plates.

To each their own though. If you are going to be doing a lot of benching or want a bunch of different attachments for your rack you may want to go in a different direction. But, if what you need is a simple squat rack consider making your own. 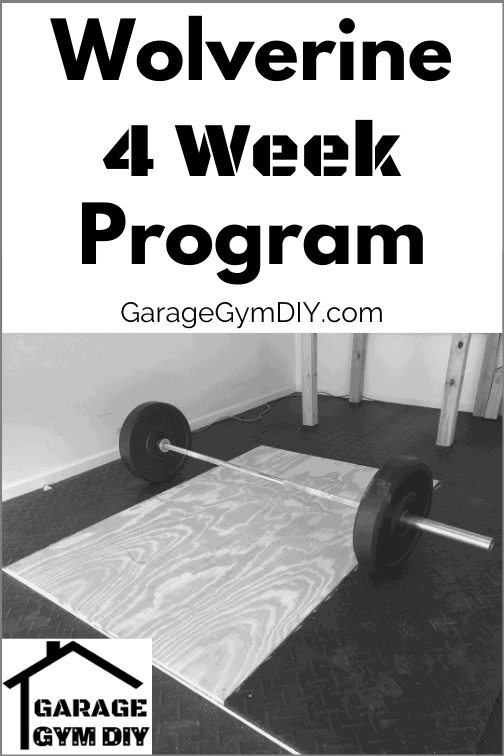